Over the past 9 months or so I’ve either experienced or heard about issues where a sequenced .NET application runs fine on a clean App-V client but not a live production build. I recently found this again in Attachmate Reflection 2011 R2 SP1; I had a sequence that worked, but when I re-sequenced it, I got a ‘CLR error: 80004005’ error when trying to launch on the customer’s Windows 7 x64 desktop. It worked fine on my clean unpatched test VM however. 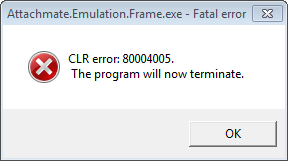 This application uses .NET 4, and a Google search indicated that re-installing the .NET Framework v4 might fix my problem, which indeed it did! I came to the conclusion that this was due to the fact that re-installing the framework also removes all of the .NET 4 related security updates. I grabbed a copy of these patches to see which ones could replicate the crash on my test machine:

So, one patch from 2011 and all of the ones from 2012 caused the issue. But simply not deploying these patches wasn’t really an option for me. Luckily I was in a good position to troubleshoot as I had an older version of the sequence that worked fine with these .NET patches, so I set about comparing them. Through a bit of trial and error, I found that the registry keys under HKLM\Software\Microsoft\Fusion\NativeImagesIndex were the culprit. Here is what the working registry looked like: 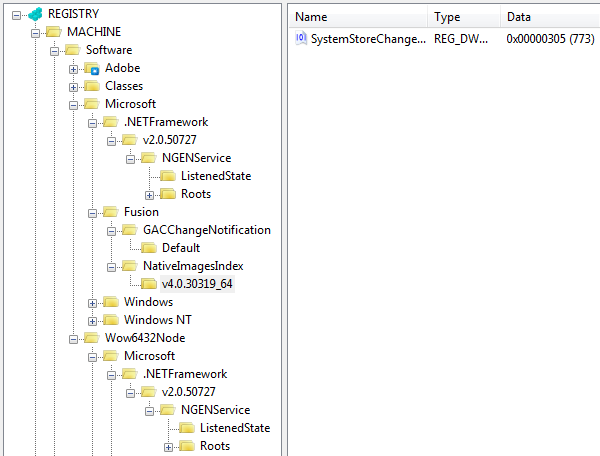 And the registry of the non-working app: 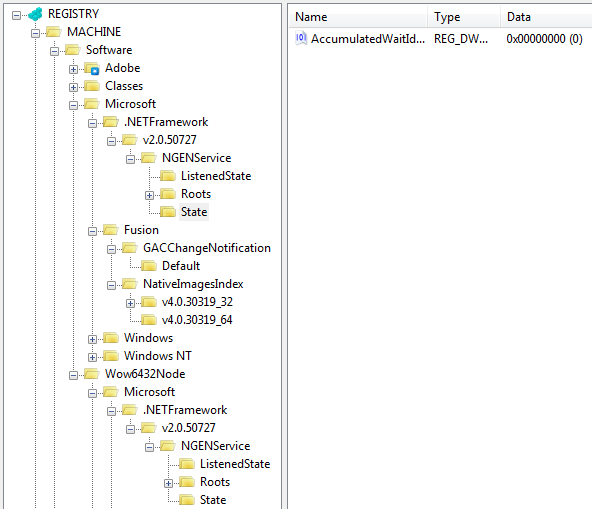 There is a registry value HKLM\Software\Microsoft\Fusion\NativeImagesIndex\v4.0.30319_32\LatestIndex (set to ee in hex):

Then a corresponding subkey named indexee: 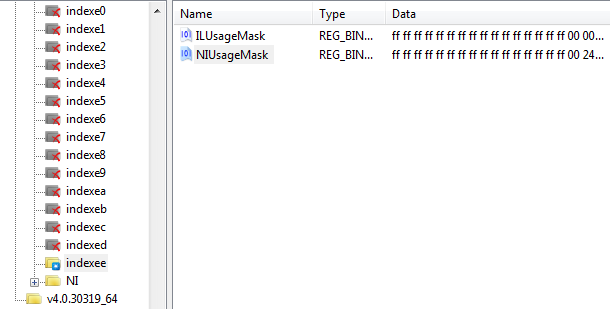 Deleting this indexee subkey was enough to fix the application. By the way, you can also see the previous index entries were deleted during sequencing so are stored in the sequence in a deleted state, which hides the equivalent real keys from the virtual app. You cannot see these hidden deleted keys in the sequencer, but you can in AVE.

I don’t fully understand how it works, but the .NET framework compiles .NET applications from MSIL to native machine code in the background via ngen.exe and these registry keys are responsible for storing the mappings between the two. Somehow the recent .NET patches don’t get on with these settings - perhaps the patches wipe these keys clean on install but are of course unable to do so to the virtual registry.

You are probably perfectly safe to just remove the entire NativeImagesIndex key. It’s also conceivable that an application could generate this data after launch and store this information in the PKG files, then a .NET update could break the application. If this ever did happen then repairing the application should help.