Well, I have been for 6 weeks now - I meant to post this a while back, but better late than never! I am honoured to have received the Most Valuable Professional (MVP) for App-V from Microsoft. If you’ve never heard of the MVP program, you can find out more here. But in a nutshell, it’s a way for Microsoft to reward those who make top contributions to technical communities via conferences, forums and websites like this (among other ways).

As a result, I now get to participate in regular product group interaction sessions with the App-V team where we get to give our feedback and hear about what’s coming in the future, and also get invited to the annual MVP Summit in Redmond. There are plenty of other benefits too, including free subscriptions to MSDN and Office365, and many vendors offer free licenses of their software to MVPs also!

Big thanks those that helped make this happen, including Nicke Källén, Rory Monaghan and Tim Mangan among others. Also to Colin Bragg, who not only first got me involved with App-V and also inspired me to start this site! If you’re interested to know who the other App-V MVPs are around the world, click here. Want to be an MVP? Here’s how to get started: 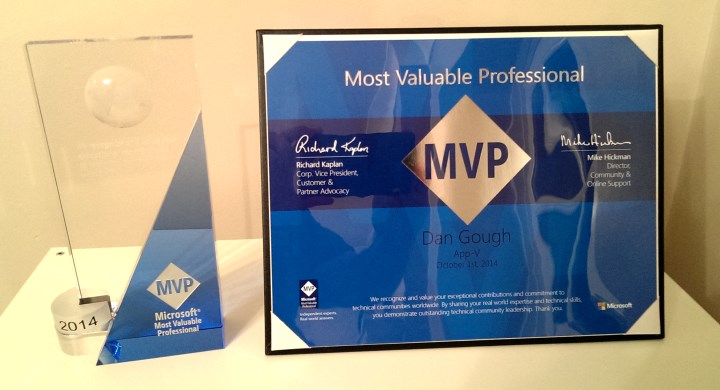