As demonstrated in my previous article, older versions of WinZip had issues with App-V 5, requiring you to either install to the PVAD or hack the registry to get it to run. WinZip fixed this at some point during the last couple of years, however I attempted the latest version 22 when writing that article only to find it fail in a completely different way! Try a standard sequence and select the option to edit the resulting capture before saving, and you will see this:

The last time I hit a similar issue with the sequencer generating an invalid manifest, it crashed out completely, requiring you to choose the quick save option to even get a package out of it that you could even debug. At least now in this Windows 10 1703 sequencer things are handled a little more gracefully.

However it appears Microsoft have taken one step forward and two steps back here, as the event logs that you could view to identify exactly which section of the manifest was at fault are no longer in Windows 10 1703! I had to try and add this broken package to a Windows 7 machine with App-V 5.1 with the debug logs enabled in order to see the cause in the event viewer:

To troubleshoot this we have to delve into the AppxManifest.xml file buried within the .appv package (you can extract it by treating it as a zip file). The error message says we are looking for a ProgId entry with no name, and it didn’t take long to find one. Spot the difference between this file type association for .hqx and .img: 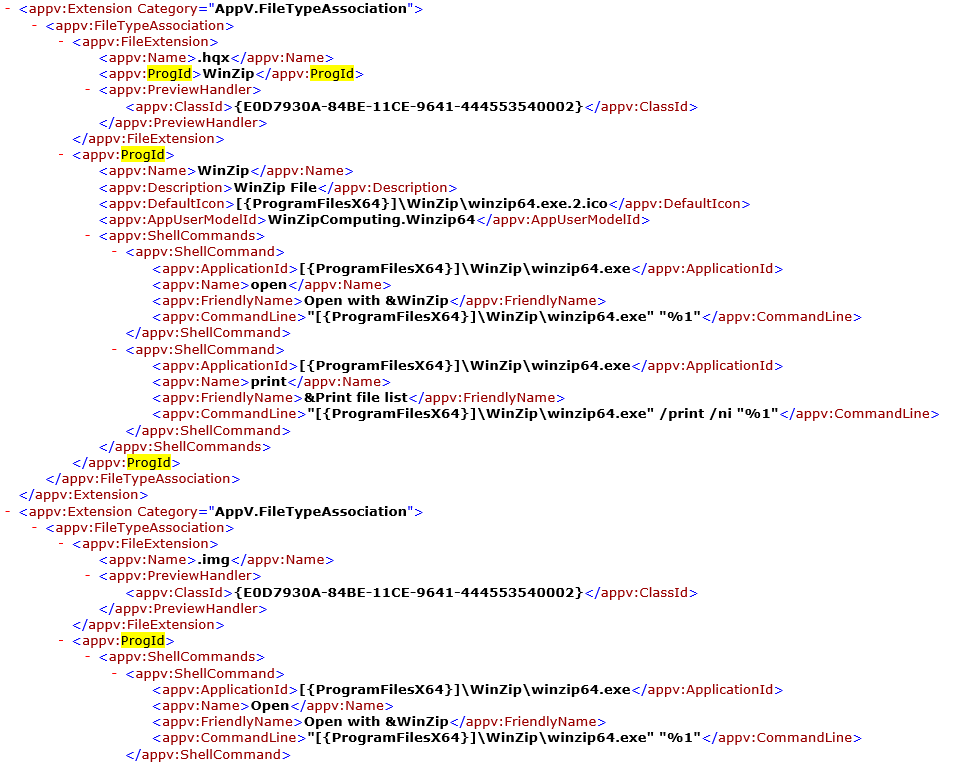 .hqx has a ProgId named WinZip associated with it; .img has a ProgId entry that has no name, and the same applies to the .iso extension. You could fix this in 3 ways: