The latest patches for App-V contain this in the list of fixed issues:

Having recently hit this issue myself but not found it described anywhere online, I thought I’d detail the symptoms of this issue so that you can know what to look for if you happen to be stuck using a system without the latest patches! Prior to these fixes, if using the VREG registry system, i.e. App-V 5.1 or Windows 10 1703/1709 prior to the aformentioned patches but with VREG enabled via a registry setting:

If you tried to write a registry value under HKCU containing the string C:\ anywhere within, it would result in a corrupt unreadable value and also prevent the system from reading any further keys added after that point: 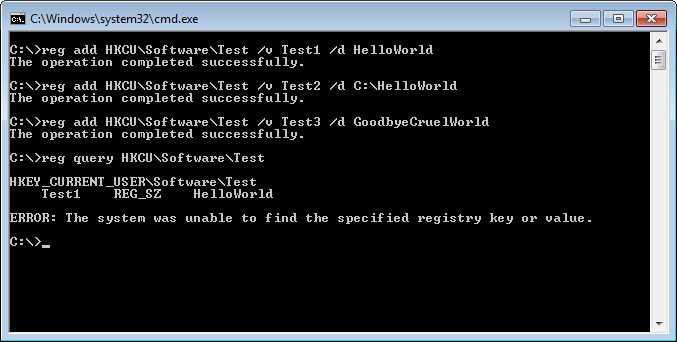 Regedit would also show the values as missing:

The value C:\ could be anywhere within the string; other driver letters seem to be ok, and both the colon and backslash are required to trigger it. Plenty of apps like to store data under HKCU listing configuration items such as folder locations, it appears that these apps could have been potentially broken when using connection groups prior to these patches!